Founded over 150 years ago, McCarthy Building Companies is not a company that shies away from innovation. As technology continues to move faster and faster, savvy construction businesses like McCarthy push the limits of technology and construction while always considering owner requirements and best practices. The goal is to continually find solutions that offer a practical benefit and leverage those that allow project teams to perform a higher quality job, faster.

McCarthy is working on a major project at Providence Tarzana Medical Center in California. The project includes renovations to existing structures as well as a new building on the Tarzana campus, requiring McCarthy to consider existing structures while planning for renovations and new construction. This coupled with the numerous stakeholders involved in a hospital project, created a lengthy and expensive buy-in process for the final designs. Traditional methods of physical mock-ups and drawing review were slowing down progress. McCarthy decided to leverage its EBA with Autodesk to maximize software usage and generate 3D renderings in Virtual Reality (VR) and Augmented Reality (AR). These virtual solutions gave all parties an easy way to view the designs, saving McCarthy and Providence time and money. 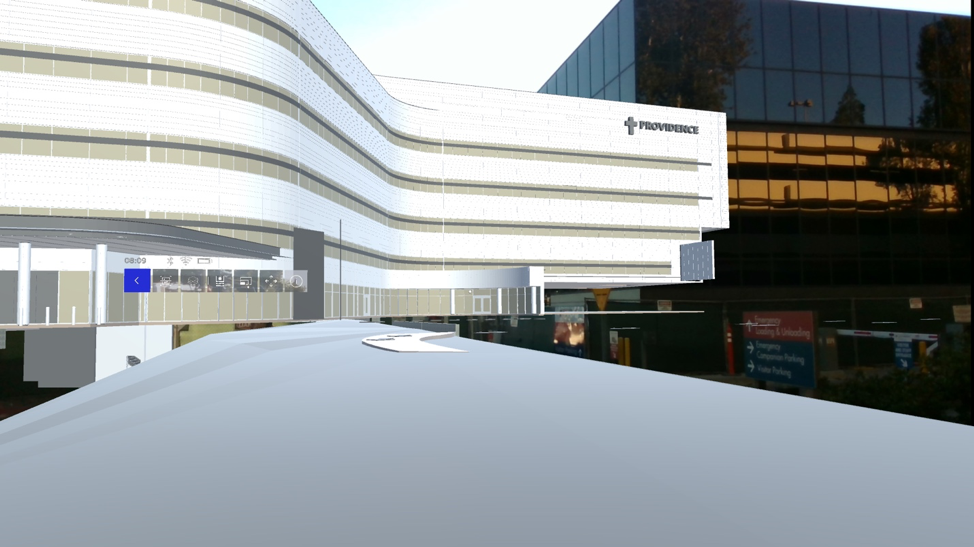 The many working parts in a hospital require multiple design approaches. Many rooms are exact replicas of each other, and the McCarthy team does a physical mockup of one room to represent them all. Other areas such as an Intensive Care Unit (ICU) have a variety of outlets, medical devices, gas hookups, oxygen hookups, and other pieces of essential medical equipment that must be modeled and coordinated before construction begins. These life-saving components are reviewed by a variety of stakeholders – including surgeons, anesthesiologists, nurses, and other relevant clinicians. McCarthy has to solicit design buy-in and approvals from all key players before construction begins.

McCarthy’s early approach was to build a full physical mockup of the ICU and present it to all relevant parties. Coordinating a meeting time was difficult, and getting approvals was a slow process. Each time a change was requested, McCarthy had to physically alter the model, costing additional time and money, and requiring another scheduled review session. After seven weeks, the team still had not received approval and revisions to the mock-up were in excess of $80,000. McCarthy knew it was time to look for an innovative solution.

The construction team had a separate challenge on their hands. They knew they would be working with as-built documents from the original hospital design while simultaneously constructing a brand-new building. While accuracy is imperative on every job site, the multitude of components – many of which are involved in life-saving situations – presented an even greater need for total precision and avoiding rework. It would be essential for the team to find a solution that checked for any discrepancies between the architect’s design, as-built documents, and the existing structure. 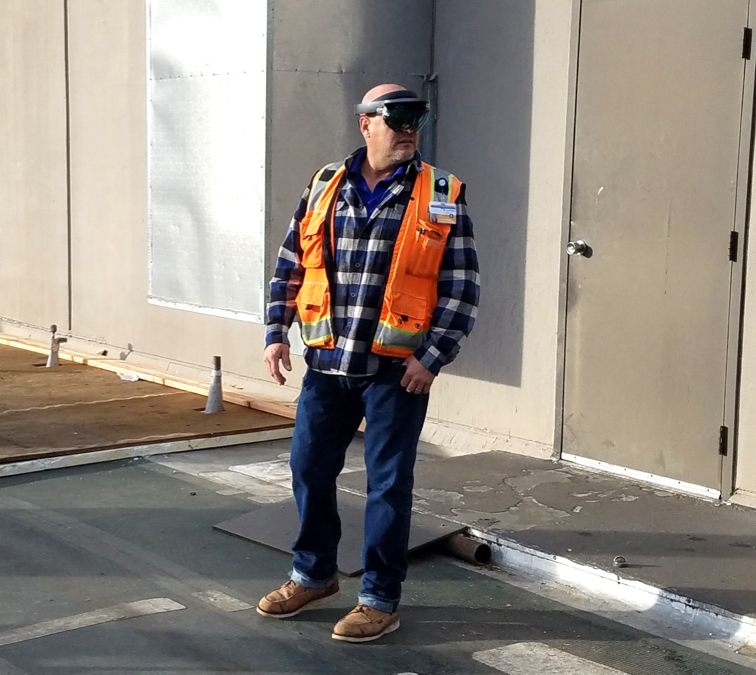 McCarthy turned to Autodesk® Revit® and Autodesk® 3ds Max® software – tools familiar to the team – and leveraged both its EBA with Autodesk and its own growing Virtual Design and Construction (VDC) team. All designs began as a model in Revit and were then converted to 3ds Max for additional changes or features. This workflow was familiar to the team in Southern California, but design features unique to the hospital required the team to explore new features in 3ds Max. The 3ds Max designs were then converted for use in the VR platform Unreal Engine. The McCarthy team designed three rooms using this method and presented the models on site to all stakeholders for three consecutive days. Relevant parties had the ability to view the model on their own schedule, and the VDC team could update the virtual model in real-time during the presentation.

To resolve potential issues during construction, McCarthy leveraged a headset tool called DAQRI. The team loaded models from the Autodesk® BIM 360® Docs cloud to the DAQRI headset, allowing anyone on site with the headset to view building design features or x-rays of underground components in an AR setting. This allowed all team members to see exactly how renovations would fit into the existing structure, and how the new building looked with the old. McCarthy successfully used DAQRI to catch design discrepancies before installing an intricate new equipment system into the existing roof.

The virtual rooms were fully generated in only four weeks. The three-day tour of the VR models was a huge success. Not only did everyone offer input, but McCarthy got the buy-in and approvals from all stakeholders in only three days – compared to the seven weeks previously spent updating the physical mock-up with no buy-in. Not only did the team save an incredible amount of time, but they also saved money. Updates to the physical model cost over $80,000. The entire VR experience cost $36,900 – less than half of what all the physical updates cost thus far. It is difficult to tell how much more time McCarthy would have spent or money it would have cost continuing to make improvements to the physical mock-up.

Leveraging DAQRI AR during construction also proved to be efficient and cost-effective. Before installing intricate pipe-work in the roof of the existing building, the team used the AR headset to confirm that the as-built documents aligned with the architect’s model. Checking the AR mock-up against the existing structure revealed a one-foot discrepancy between the architect’s model and the structure, due to an error in the as-built documents. Without the ability to check for errors using DAQRI, this discrepancy would not have revealed itself until construction was well underway. It is estimated that this issue would have cost at least $20,000 to resolve – whereas the DAQRI system cost $5,000. The investment in the software saved McCarthy a minimum of $15,000.

By maximizing its Partnership with Autodesk, McCarthy gained the ability to utilize existing software beyond the firm’s previous capabilities. Besides the gains for McCarthy, Providence Tarzana Medical Center also saw huge benefits from the VR model. The hospital decided to host a benefit night for a group of major funders. During the wine and cheese event, donors had the opportunity to view the VR model and experience first-hand what their donation would accomplish. Though no donation numbers have been released, the evening was a huge success for the hospital.

“For the future of the company, we're going to be able to attract more of the top talent coming out of school, by selling a compelling vision of doing the same job in a quicker way, in a better way, and I think in a more fun way. They're learning the technology now for the general curriculum, so they don't want to leave that behind. To be able to offer future partners that use of the technology to do their job in the best way possible, while still being able to go on a more traditional career path is what is going to separate us from our competition. This is part of all the ways we leverage technology, and make sure McCarthy is a leader in Design Phase Services, Integration with design teams and in its practical application of technology at the project level.”