The national Disaster Relief Act mandates that construction of temporary housing for victims must start within 20 days after the disaster occurs. The Prefabricated Building Association of Japan, which includes the major construction company Daiwa House and Daiwa Lease, is highly experienced with rapid building systems using the prefabricated method. Despite this expertise, it still takes at least a week to formulate a layout plan. Daiwa House, Daiwa Lease, and Kumamoto University collaborated to develop a method for automating the site layout process using Autodesk® Revit® and Autodesk® Dynamo® solutions. The new automated workflow significantly speeds up the layout process, allowing more time for creative design solutions, and ensuring housing construction can begin on time—or even early. 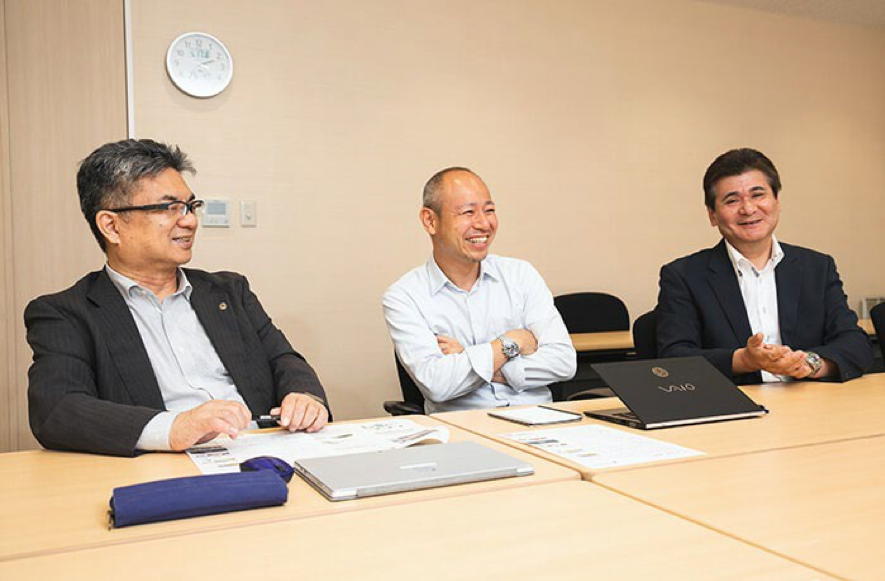 The process of developing a layout and construction plan for temporary housing often takes longer than one week when factoring the limited data, resources, and facilities in the disaster area. The faculty at the Kumamoto University Graduate School plays a large role in planning the placement of temporary housing. After the Kumamoto earthquake, many of them worked long hours, late into the night without a break to complete the plans in time to begin construction within 20 days. In an attempt to alleviate the common struggle of meeting a tight deadline, Daiwa House Group organized a DASH project plan to help teams respond quickly in the event of a major disaster. This plan has helped improve the construction process of more than 10,000 temporary houses. Despite this success, layout planning continues to be the most time-consuming part of the project.

“The Layout plan should be made from scratch every time because the shape of the site is different,” said Tokio Yajima, Design Division Deputy General Manager at Daiwa Lease Co. Ltd. Despite the housing style being limited in space and design scope, it’s essential to consider all environmental factors during the planning stage – similar to the planning of a town. The layout plan has to be communicated to key stakeholders from the local government several times, then redrawn based on the needs of the disaster site. "The task was repetitive—taking it home, modifying its deployment plan, bringing it again the next day, meeting, then modifying again, and again."

Daiwa House and Daiwa Lease collaborated with Professor Yasunobu Onishi at Kumamoto University to create a solution that would improve the planning process. When Dr. Onishi helped create a movie to be used for explaining temporary housing after the Kumamoto earthquake, he created a prefab design using Revit and with a computer-generated animation. This process inspired the idea to prepare Revit families in advance, thereby automating part of the planning process. The team at Kumamoto University lead the development of a process for using Revit with Autodesk® Dynamo® to help automate the planning process through clear and accurate visualization. 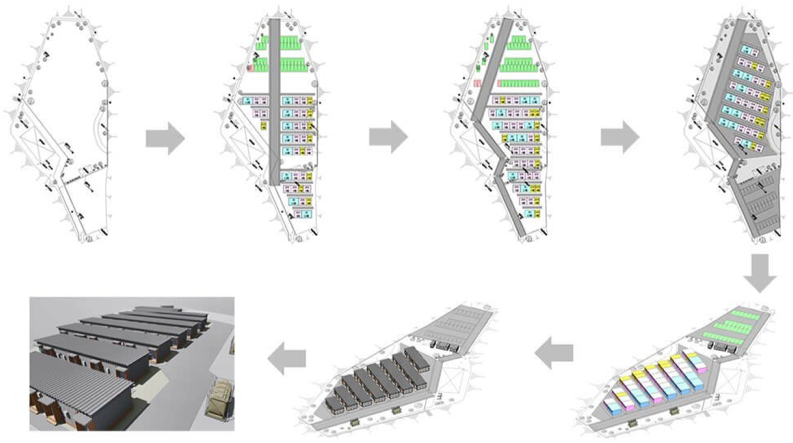 With the new system, users can manually enter in the site boundary information, and the program will automatically layout on-site roads, dwelling units, and parking lots within the boundary. Layouts can also be automatically generated based on a manual entry of the site road. When running the program, the spreadsheet in Revit gets updated automatically, describing size and quantity, and ensuring the latest data is always readily available. Additional features like meeting locations, water receiving tanks, septic tanks, and garbage storage units are calculated according to the number of dwelling units. These features can be manually replaced at appropriate positions as needed. With this combination of automatic layout generation and quick manual inputs and adjustments, users are able to give feedback and make changes to the layout plan at any time.

“You can do whatever you want with the layout proposed by the system. It is very flexible and easy to make the necessary adjustments. With this system, you don’t have to return to the office and redraw after discussions. You can make the necessary changes right there at the local government and confirm whether it works on the spot. It is so powerful and very efficient.” 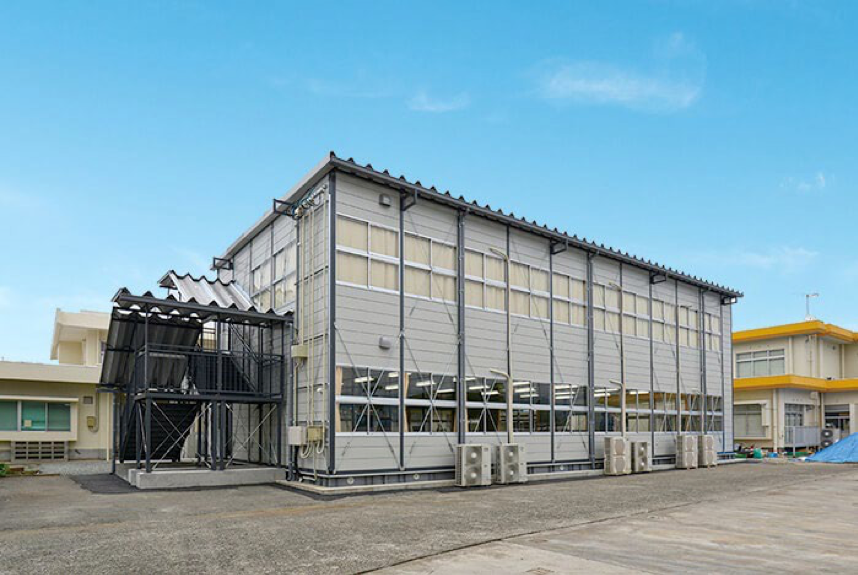 As a result of working on the drafting of the layout plan using this program, the process of layout decision was greatly shortened. Rather than spending a week or more working long hours to generate a layout, this new program now generates the first layout within one hour. Since Daiwa House must work with the officials in charge of administration in local government, the faster layout process leads to improved communication and quicker turn-around when changes need to be made. The process of automatically creating a new deployment plan that reflects any feedback from stakeholder meetings can be done on the spot.

Kumamoto University, Daiwa House Industry Co., Ltd., and Daiwa Lease Co., Ltd. recently signed a joint research agreement aimed at early provision of temporary housing. In the future, not only will the layout plan be automated, but also the process of planning, production, and construction will use building information modeling (BIM) to further shorten the construction period and fully realize any plan according to the local situation.

In this research, the team continues to cover a wide range of the needs that come up after a disaster, exploring techniques such as automatic surveying of the planned site using drones, generation automatic layouts of temporary housing, automating the design of the site based on the plan, and further supporting construction with automatic quotation and procurement of materials. The team believes that the temporary housing industry was a good way to explore the capabilities of BIM, and the process can be even more streamlined in the future. If this can be achieved, Daiwa House can apply the results to standard architectural projects in the future.

“There are many time restrictions in this process, such as scheduled works and approval deadlines. If the time for creating a plan for temporary housing is shortened, more can will be taken to consider other needs, such as the living environment and the relationships of the people who live there. With this system, the time and effort to generate a layout can be reduced, and more time can be spent on deeper discussions, making better decisions in design."