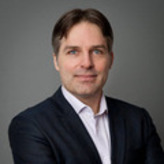 Michael Kilkelly is an architect who operates at the intersection of design and technology. He is the founder of Space Command, a design and technology firm in Middletown, CT. He has extensive experience on diverse, large-scale projects including sporting arenas, residential towers and performance halls. Equally versed as a technologist, he has built numerous database and web applications as well as custom software to support the design process.
Prior to founding his firm in 2012, Michael worked for a number of internationally recognized design firms. As an associate at Gehry Partners in Los Angeles, Michael worked on the New York by Gehry residential tower, the Guggenheim Abu Dhabi Museum, and the Joyce Theater in New York City.
Michael received his Bachelor of Architecture from Norwich University in 1995 and his Master of Science in Design and Computation from MIT in 1999. He has taught architectural and computational design at The Boston Architectural College, Wentworth Institute of Technology and Northeastern University. He has lectured on the use of advanced technology in architecture at professional conferences such as Autodesk University, Build Boston, BiLT, KA-Connect, the USC BIM Symposium, and the AIA National Convention.
Michael is also the founder of ArchSmarter, a website dedicated to helping architects work smarter, not harder. His writing on design and technology appears regularly in ArchDaily and ARCHITECT magazine.